Networking Remains Vital, Even When It's Virtual 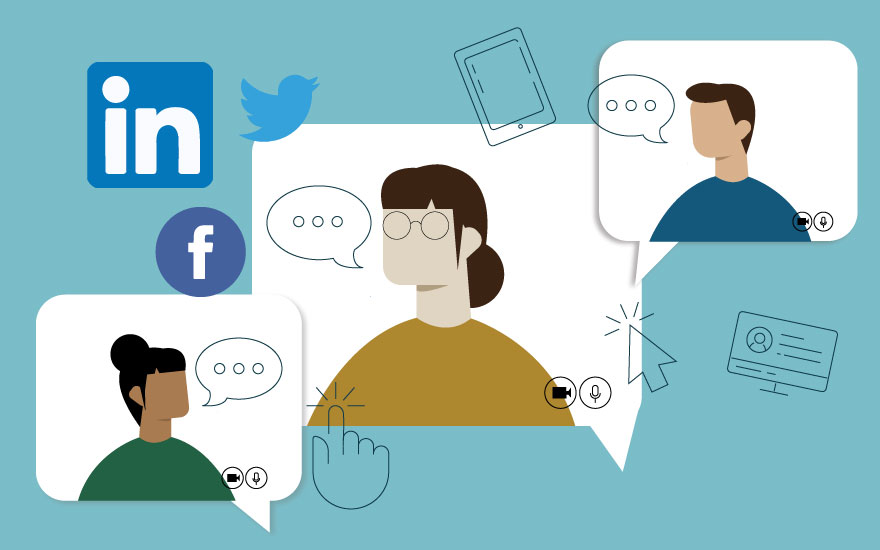 The COVID-19 pandemic has changed much about the work world, but one thing remains constant: Networking is a key component in a job search.

And while it seems as if networking in the age of social distancing would be a disadvantage, it turns out the opposite might be true.

“I’ve heard from our alums that it’s easier to fit in a half hour now to talk to people,” says Gina Jenkins, director of the MBA Career Management Center. “People don’t spend time commuting, they are more flexible, and they have that half hour to spend on a phone call.”

Jamie Macias, director of career services for the Wisconsin BBA Program, also sees that trend with alumni who have worked with Wisconsin School of Business students recently.

“There are people who work in fast-paced jobs who were so busy it was hard to get ahold of them sometimes,” she says. “What we’re finding now is that those alums are a little more open to having conversations.”

So while the logistics of networking might be a little different right now, it’s just as important as ever.

WSB career services staff work with students and alumni searching for a job and emphasize the importance of creating and tapping into a network. They offer a variety of tips for making that work well in the current economic and career environment.

Get a sense of the big picture

Don’t just quiz people about what jobs are available, Macias says. Try to get a read on what’s going on in an organization. What is it like now? How does your contact feel about the next several months?

Even if there is nothing available now, Macias says, it’s worth making the effort to connect with someone.

“They’ll know you’re interested and you’ll be top of mind when things open up again,” she says.

Expand your network when you get the chance

Networking is the best way to expand your network, says Jean Sink, director of career management and corporate partnerships for the Wisconsin Evening and Executive MBA Programs. One trick for doing that is by asking a simple question.

“One of the best questions to ask at the end of a conversation is, ‘Who do you think I should talk to next?’” Sink says. “That could open up a whole different network than you were thinking about.”

You might find surprising ways to expand your network, Sink says, especially since so many people are willing to help right now.

“Someone might be out for a walk and run into their neighbor and they end up talking about a job search,” Sink says. “They might not know of anything, but maybe they know someone who knows someone.”

There is a lot of empathy right now, Jenkins says, because everyone is aware of the challenges people face.

“I’ve seen overwhelming support for people, even more than when the economy was good,” she says. “I think people feel we are in this together.”

Use the virtual tools that are available to you

Chatting via Skype or Zoom might not be the same as having a conversation at a coffee shop, Macias says, but those virtual chat technologies can play an important role.

“You can establish rapport and you can glean a lot of information,” she says. “I’d encourage the more conversations, the better.”

Be specific about what you are seeking

Professional Development
« Back to news
Back to Top