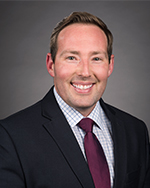 Matthew Nehls graduated Summa Cum Laude from Oral Roberts University in 2006 with a Bachelor of Arts degree in Religious Studies. Upon graduation, Matt studied both philosophy and religious studies at Yale University while also captaining the Men’s Volleyball team.  After realizing that academia would not be his long-term career interest, Matt took a management & directors role at a non-profit in his hometown.  There, Matt grew the organization to 700+ members, managed 90+ paid staff members, increased annual revenues nearly 160%, and expanded the organization from 2 locations to 6 locations – significantly enhancing the organization’s regional influence and reach. In 2016, Matt founded an e-commerce business that supports the “Effective Altruism” social/ethics movement and donates 10% of all revenues to highly rated charities. Matt and his business partner still operate this business (www.effectivealtruismapparel.com) and have shipped product to customers in Sweden, Singapore, Germany, Australia, Belgium, England, and the U.S – among other countries.

To date, Matt has nicely blended his work and community involvement. He has coached many youth sports teams and donated his time and effort to his local church and the effective altruism social movement. However, more than anything, Matt has prided himself on having a great relationship with his wife and family.

In 2018, Matt began a career pivot and landed a role at Rexnord Corporation doing both Investor Relations and Business Development. Matt is excited to pursue an MBA at the Wisconsin School of Business in the Center of Corporate Finance and Investment Banking to gain the analytical skills needed to fully execute the career pivot and pursue a role in strategic development or consulting – with the end goal of helping drive organizational success for many years to come.