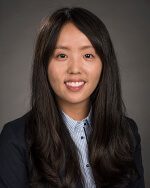 Angela Lee graduated from National Taipei University in 2015 with a Bachelor of Arts in Economics. After graduation, she accepted a role with PricewaterhouseCoopers as an audit associate, auditing a listed company on the stock exchange market. Additional responsibilities included critical financial statement analysis, specifically in corporate profitability. During her two years at PwC, Angela also delivered multiple improvements for her audit team, including rewriting English financial reports and statements, resulting in clearer and more efficient recording keeping for her client’s financial needs.

Outside of work, Angela enjoys staying active with jogging and cycling, traveling, and reading magazines such as the Economist, where Angela initially discovered her passion for business analysis.  She is excited to pursue her MBA at the Wisconsin School of Business in the Center for Corporate Finance and Investment Banking to strengthen her analyzing and general management skills.