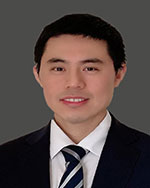 Xiaobing Xu is excited to join the Wisconsin School of Business Erdman Center for Operations and Technology Management after a four-year immersion in auditing and five-year dedication in marketing. As a licensed CISA and CIA, he is looking forward to learning to utilize cutting-edge information technologies and data analytics to transform the accounting profession.

Xiaobing graduate from Shandong University of Technology in 2005 with a Bachelor of Science in Environmental Engineering. Upon graduation, he accepted a role as a lab technician in the Environmental Monitoring Office of his hometown, responsible for field sampling and lab testing of contaminants density in wastewater samples. After two year of service, Xiaobing began his post-graduate studies at Beijing Institute of Technology and graduated with a Master of Science in Economics in 2009. He then joined the publishing house of Beijing Institute of Technology as a Marketing Manager for its higher-education product line. Collaboratively with regional agent, he implemented a new marketing strategy and transformed the rewarding systems of regional sales. He launched six academic conferences and organized eight publishing projects there, achieving $3 million product line sales growth and 200% increase of regional sales.

Due to his passion to the accounting profession, in 2014 Xiaobing changed his career and secured a position as an Auditor at a local CPA firm in Beijing City. His attention-to-detail and communication skills were used in a wide range of audit and advisory projects. He executed control and substantive testing of full accounting cycle in continuous two-year group audit for a major state-owned railway corporation. He also provided pre-listing accounting advisory for more than ten SMEs listed on NEEQ. While working full time, he passed all of four sections of Uniform AICPA Examinations in a row and built a solid foundation in U.S. GAAP, GAAS and Taxation.

With desire to become an IT audit professional, Xiaobing went back to school again and obtained another specialized master’s degree in Business Information Systems with Distinction award at City University of Hong Kong in 2017. Before graduating, he secured a full-time Senior Consultant role at Shinewing CPA. As a business analyst, he utilized project management skills learned during a $5 million financial BI project for the COFCO Group. He wrote hundreds of SQL queries to extract accounting data from Oracle EBS 11i and validated data of three-hundred-and-fifteen financial statement tables to ensure their accuracy.

In 2017, Xiaobing accepted an IT Audit Supervisor role at CITIC Press Group. He supervised a team of three to complete its Y2018 specialized IT audit project involving 22 application systems, identifying $550K monetary losses due to failure of aligning technology with business needs. His team counseled the IT department to refine its IT strategy, policies and processes. He also executed continuous IT auditing to ensure compliance with best practices, such as COBIT, COSO and PMBOK, avoiding firm $300K potential losses during its CRM project. In addition, He directed a team of five in two operational audit projects, identifying write-off of $800K advance, $670K revenue overstatement and $2 million inventory shrinkage, and counseled a digital transformation in financial reporting processes.

Out of work, he enjoys travelling, jogging, movies and singing Karaoke. He loves cooking and treats his friends at home with traditional Chinese foods.