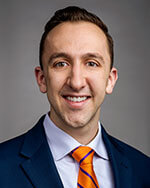 Mark Schaer graduated from the University of Illinois at Urbana-Champaign in 2017 with a Bachelor of Science in Marketing and a Minor in Public Relations. After graduation, he joined Eckburg Insurance Group in his hometown of Rockford, Illinois as the marketing coordinator and insurance assistant for the office. Among his responsibilities were heading up a complete redesign of the company website and creating original content to be used on the site and shared on social media. In addition to taking charge of the marketing efforts for the agency, Mark assisted the sales agents in the office with client retention in the personal lines department. He quoted as many as 40 accounts per month in order to keep business within the agency. Mark was also tasked with specializing in the understanding of rental property insurance and issued over 50 new policies for the agency in collaboration with the full-time sales agents. As a licensed agent in property and casualty insurance himself, Mark wrote over $50,000 of new business during his time at the agency. For the majority of his time at Eckburg Insurance Group, Mark also worked as a part-time sports assistant at the Rockford Register Star, the local newspaper in Rockford and wrote a dozen feature articles on a variety of local sports topics.

While Mark enjoyed his time in the office, he was also involved outside of work. He continued his passion for writing by joining The Champaign Room, the University of Illinois affiliate of SB Nation’s collegiate sports blog. Mark spent time volunteering as a cantor at his parish in Rockford and with the United Way of Rock River Valley as a member of the 100th Anniversary Gala Committee. He loves to stay active, too and joined a local men’s basketball league and summer softball league. Mark is excited to start his journey at the Graaskamp Center for Real Estate and move towards the real estate industry, which has been a large part of his hometown’s resurgence. He hopes to eventually find a role where he can make an impact on rehabilitating and repurposing historic buildings.