Menu
|
|
Forward Thinking Faculty Blog
|
To Break or Not to Break: The Effect of Product Placement on Commercial Break Audience Decline

To Break or Not to Break: The Effect of Product Placement on Commercial Break Audience Decline

Consumers are adept at avoiding TV ads by flipping channels and fast-forwarding through ads on DVRs. Partly in response to this loss of attention, marketers are increasingly focused on product placement as an alternative way of exposing us to their brands. After all, product placement is innately much harder to skip, given its integration into the actual program content. 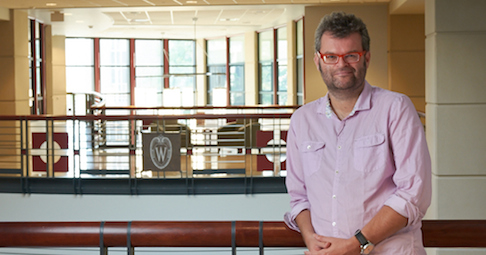 My colleagues David Schweidel of Emory University and Natasha Foutz of the University of Virginia and I wanted to explore whether product placement might influence the likelihood of viewers watching an advertisement for related products at the next commercial break.

We examined how product placement might affect the audience for subsequent ads in three cases:

We theorized that when a placement and a subsequent advertisement featured the same brand (perfect match and brand-only match), the placement would act as a prime that activated the brand in the viewer’s memory, thus leading to temporary increases in its accessibility. For example, if there was a box of Cheerios in a kitchen scene in “Modern Family,” then despite not consciously noticing it, a viewer might nonetheless pay more attention to a subsequent Cheerios ad than if the placement had not been present.

We analyzed set-top box channel tuning data from about half a million households in a major metro area, combined with a dataset that contained details about all the placements and advertisements that appeared in primetime programs on the five major broadcasting networks. We examined viewers’ channel switching behavior during commercials as a proxy for attention paid to those ads. The more attention a viewer pays to an ad, the less likely a viewer should be to tune away from it. Conversely, if less attention is directed to an ad, tuning away becomes more likely.

We found that prior product placement affects this 7 percent drop in audience. When there is a perfect match between the first ad and a prior placement (e.g., Coke ad preceded by a Coke placement), the audience drop is reduced by 5 percent. In the brand-match case (e.g., iPhone ad following a MacBook placement), the effect is even greater, with the audience drop during the first ad being reduced by 11 percent. Our data does not enable us to explore why the latter reduction is larger, but we think viewers are simply more likely to consciously notice the perfect matches, which would tend to offset or undo the otherwise nonconscious effect.

Competitive placements (a Coke placement preceding a Pepsi ad) can actually cause a small (2 percent) increase in audience decline during the ad, but only when the placement occurs earlier in the show (not in the preceding program block). Thus, it appears a brand’s product placement can directly interfere with the audience for a competitor’s ad.

Our results offer insights for both advertisers and TV networks. The synergistic effects that we observed in the brand-match and perfect-match cases reveal that strategic use of product placement can contribute to increased audience sizes during a brand’s subsequent commercials. Marketers can reach a larger audience with their advertisements by pairing their placement and advertising activities. It is particularly noteworthy that placement from the same brand but a different product category yields the strongest effect, a finding of particular interest to firms engaged in branding efforts that span multiple product categories. Also, given that these positive synergies are strongest when the matching placement occurs in the program segment immediately prior to the focal advertisement, tight coordination will help marketers take full advantage of them. Finally, while the negative synergies for the competitive matches are smaller, they do suggest an additional reason for brands to be cognizant of how they position their ads and placements vis-à-vis their competitors.

marketing research sales
« Back to blog
Back to Top