In India, Micropension Programs Give Informal Sector Workers a Means to Save 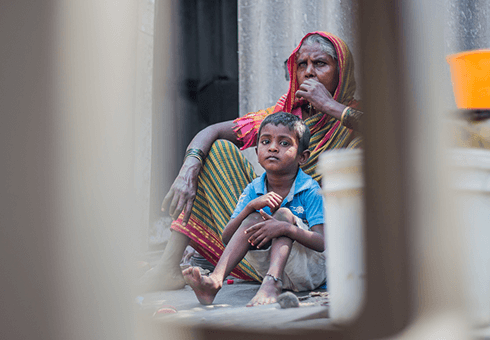 Pension plans may be on the decline in American companies, but mentioning them at cocktail parties or around the water cooler can still elicit bleak jokes about heading into retirement with nothing but one’s pension and a gold watch to show for it.

For many low-income workers in the U.S. and other parts of the globe, the existence of a pension plan in any form, however limited, is an unimaginable luxury. Employees working in what’s known as the grey or informal sector—workers who are performing legal activities but considered off the radar in official government counts such as taxes, census, or GNP—lack the formal identification documents necessary to access federal programs or resources. Many, though not all, may be struggling financially and living well below the poverty level.

In a 2016 study, Anita Mukherjee, an assistant professor of risk and insurance at the Wisconsin School of Business, and Olivia S. Mitchell, a professor of business economics and public policy at the University of Pennsylvania, surveyed 770 individuals from households in rural Uttar Pradesh, one of India’s poorest states, about the nation’s pension plan. The National Pension System in India offered citizens a micropension product, a fixed voluntary pension contribution designed for low-income individuals, that was incentivized through matching—meeting worker contributions 100% for the first $20 equivalent invested.

Specifically, Mukherjee and Mitchell sought to examine the rate of micropension adoption and willingness to contribute among survey respondents. Using six variants of the micropension product that included different options of eligibility and contribution rates, they were able to test demand for the product. A separate randomized survey was also sent to participants that asked questions about their individual financial needs and goals. The authors hypothesized that respondents may have preferences regarding issues such as early or late eligibility withdrawal rates.

Mukherjee and Mitchell found that nearly 80 percent of respondents would be prepared to contribute approximately $30 annually into a micropension product. Surprisingly, this figure dropped if the plan included early withdrawal and eligibility; respondents wanted to see commitment if they were to adopt a micropension plan.

Despite the small sample size, Mukherjee and Mitchell’s experiment is significant due to the scarcity of micropension research available within the larger body of literature available about financial saving and the poor.

The authors suggest avenues for further research including, but not limited to, the following:

Read the paper “Assessing the Demand for Micropensions Among India’s Poor” published in The Journal of The Economics of Ageing.

Anita Mukherjee is an assistant professor in the Department of Risk and Insurance at the Wisconsin School of Business.

economics finance
« Back to blog
Back to Top