Menu
|
|
Forward Thinking Faculty Blog
|
When Or Is More: The Mental Blind Spot That Aggravates Our FOMO

When Or Is More: The Mental Blind Spot That Aggravates Our FOMO 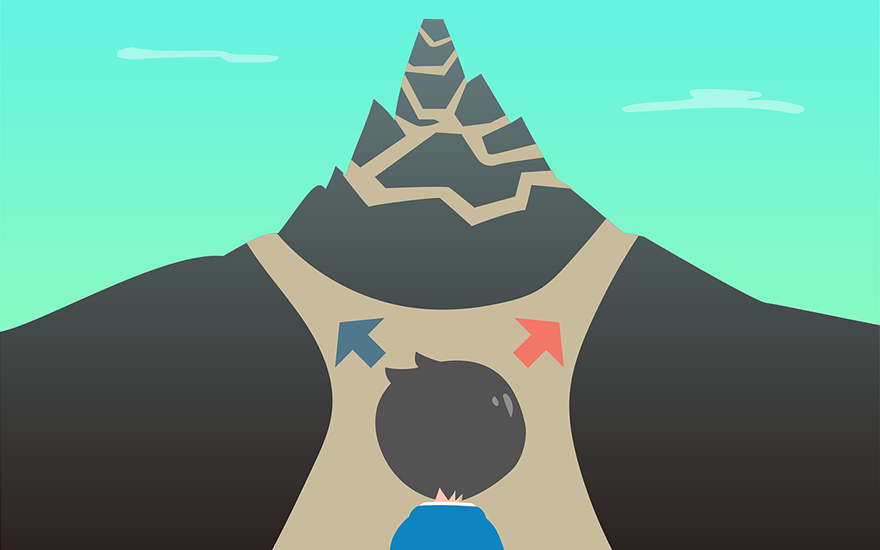 When I was a student at Columbia University, I had a friend who used to set multiple alarm clocks and wake-up calls for two different morning classes held at opposite ends of the city. Short of cloning himself, there was clearly no way he could go to both, but what was interesting was how he perceived the possibility of staying asleep while both classes were in session: Instead of understanding the realistic implication of not waking up—missing the one class that he always attended—his fear of “missing both” classes, which drove him to set alarm clocks and wake-up calls, spoke to a misperception that he could miss out on more than the single class that he could attend.

His behavior got me thinking about the nature of decision-making and how people choose among desirable options. Can opportunity cost be overestimated? Does the way people make choices impact the sense of loss they feel about missed opportunities?

To better understand this question, consider Ms. Inter and Mr. Exter. Each faces a choice between going to the theater or to a concert on a specific evening. Both choose the theater. Ms. Inter had to make a choice because she received an offer of free admission to either a theater performance or a concert. Her choice was “built-in” to the offer; the constraint was inherent to the choice set. In our terminology, this makes it an internal constraint. Mr. Exter had to make a choice between the same two events because he received two separate offers, each providing free admission, but the simultaneous timing of the events prevented him from accepting both offers. Mr. Exter’s choice was imposed by circumstances unrelated to the offer. In this case, timing was the constraint, and it was not part of the choice set. We call this an external constraint.

Now, imagine that both Ms. Inter and Mr. Exter are sick in bed on the day of the show. How does each feel about missing that show? Does the type of choice each made based on internal or external constraints change the experience of missing out on this opportunity?

Objectively, both would miss out on the same thing: the experience of going to the theater. However, our research finds that they would experience this loss very differently. Mr. Exter is likely to feel that by staying home, he simultaneously missed both events to which he had free admission despite the fact that attending both events was actually impossible. This will lead him to feel an exaggerated sense of loss.

The type of choice Ms. Inter and Mr. Exter made, then, impacts their sense of loss at missing the opportunity or, in economic terms, their sense of opportunity cost. In my research with co-author Ran Kivetz of Columbia University, we found that when people make decisions due to external constraints, they are more likely to overestimate the opportunity cost—that is, they (like Mr. Exter) will feel a greater sense of loss at the missed opportunity than those (like Ms. Inter) who make decisions due to internal constraints.
Our study consisted of a series of five studies with different hypothetical scenarios and consequential choices, such as a trip to Australia paired with a budget constraint or choosing between attending two competitive follow-up interviews. Across all five, our results showed that by missing out on the option they chose, the participants felt they missed out on all options they could choose from—even when that perception was not realistic since only one of the options was actually available to them.

Why does this matter? For one thing, in Mr. Exter’s case, he might expend more time, effort, or money to avoid missing out on his chosen option, and this is behavior that marketers are interested in. Our research has identified a novel cognitive bias (or systematic error) that leads consumers to associate a failure to act with an inappropriately large loss. Consumers operating under this bias will pursue their plans more vigorously and be more likely to take advantage of opportunities. When making choices due to external constraints, then, opportunity costs have a greater effect on consumer behavior than what is normally expected. This pattern is particularly interesting because previous research has found that opportunity costs tend to be underestimated, but our research has identified conditions under which the opposite is true.

External constraints and Fear of Missing Out

Notably, choices based on external constraints have become more common due to the popularity of social media platforms. Users of such platforms regularly receive updates about different events taking place right now, wherein each event offers an independent opportunity for enjoyment, but only one event can actually be attended. Billions of Facebook status updates, Twitter messages, and Instagram photographs provide thrilling glimpses into the daily lives and activities of others. Such updates increase the saliency of what consumers could have done differently—the opportunity cost of the choices they make—possibly leading consumers to doubt their choices.

Importantly, our research suggests that such feelings of anxiety and dissatisfaction, popularly known as the “Fear of Missing Out” (FOMO), may be exacerbated by overestimation of opportunity cost. Rather than realistically incorporating limited resources and feasibility constraints into their calculation of the opportunity cost of their choices, many consumers may erroneously behave as if they could have had it all. Opportunity cost overestimation may evoke feelings of frustration and dissatisfaction with life choices. But, as the findings of this research imply, it may also inspire some consumers to seek out and utilize more opportunities.

Liad Weiss is an assistant professor in the Department of Marketing at the Wisconsin School of Business.

marketing research
« Back to blog
Back to Top