Menu
|
|
Forward Thinking Faculty Blog
|
You Can't Touch This: Why Blocking Shoppers May Boost Your Sales

You Can't Touch This: Why Blocking Shoppers May Boost Your Sales 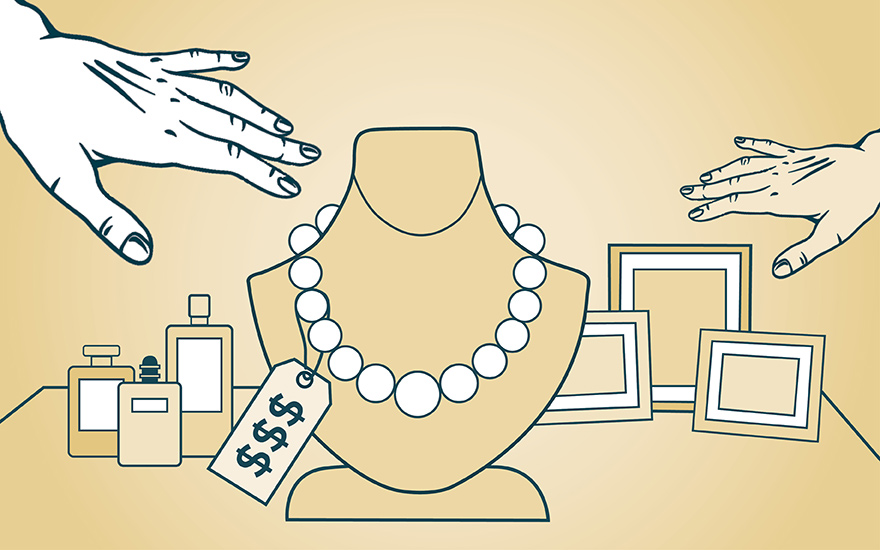 A new study by Joann Peck of the Wisconsin School of Business has a surprising message for retailers: discourage customers from touching in-store products and they will buy more.

Peck, the Irwin Maier Professor of Business and an associate professor of marketing, and co-authors Christine Ringler and Nancy Sirianni, both of the University of Alabama, and Anders Gustafsson of BI Norwegian Business School, looked at what happens when store employees prevent customers from touching products on display. The paper was featured recently in a special issue on the sensory facets of retail in the Journal of Retailing.

Peck says the fact that the findings are counterintuitive is part of what intrigued her team in the first place.

“My co-authors did a field study where they asked a salesperson to say at a display, ‘please only look with your eyes,’ or ‘don’t touch’ to customers,” Peck relates. “They got this puzzling result, and asked me join the team to help figure out the theory behind it and how we might test it.”

Surprisingly, the experiment revealed that when restricted from touching a display, customers actually purchased more during the rest of their shopping trip.

“When someone expects to be able to engage in this touching behavior, and they’re told they can’t, then there’s this feeling of reactance, of pushback,” Peck explains.

“They feel that it’s personally directed, reacting in way consistent with, ‘you can’t tell me what to do.’ When they are free to engage in touching behavior again—after moving away from the display blocked by the employee—they want to touch even more and compensate by doubling up on it,” she says. “Since we know that if people touch, they tend to buy more, that means more will ultimately end up in the shopping cart.”

When the store employee asked a customer not to touch a product on display, it put the following process in motion: 1) the customer experienced reactance, feeling indignant about the sudden curtailed freedom, 2) the customer then initiated “compensatory touching,” wanting to touch the product more because now they can’t, and 3) the customer touched and purchased the subsequent products they encountered because they couldn’t access the initial ones, creating what Peck calls “downstream effects.”

The results also suggested that the “don’t touch” instruction must be a personal one from employee to shopper; strategically placing a “do not touch” sign in front of merchandise would not produce the same result.

It’s also important to note, Peck says, that not everyone has the same relationship with touch. Individuals who have what she calls a “high need for touch” might feel particularly frustrated when blocked in this type of retail scenario.

Another unexpected finding from the study suggests that discouraging consumers from touching did not create resentment toward retailers. “For most people, the negative reaction was not that negative,” Peck says. “And even then, it was geared toward the employee, not the retailer itself.”

Peck says that touch had not previously been examined in the context of retail and consumer behavior before she first started exploring it. Today, she’s pioneered research on the topic in contexts ranging from touch and perceived ownership to touch and impulse purchasing, as well as virtual reality, persuasion, the “need for touch” scale, and numerous other studies. Because the retail environment is “multi-sensory in nature,” Peck says, the current study contributes to a larger understanding of “a retailer’s sensory marketing strategy” and is the first to take into consideration the role of frontline employees.

“More than 85% of purchases are still occurring in brick-and-mortar stores,” Peck says, “so our study helps point retailers to something they might never have considered before that can actually affect downstream purchasing sales.”

Implications for managers include store layout (highlighting areas where customers can touch products directly after areas where they are restricted from touching), training frontline employees to identify and handle customer reactance, and understanding the “high need for touch” consumer mentality.

Joann Peck is the Irwin Maier Professor of Business and an associate professor in the Department of Marketing at the Wisconsin School of Business.

business management sales
« Back to blog
Back to Top