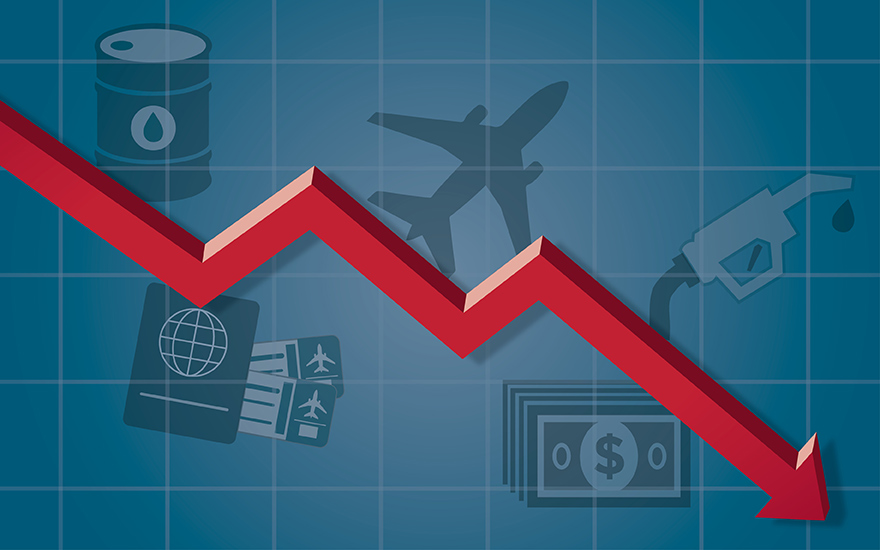 The COVID-19 crisis has not only impacted many of America’s biggest companies, it’s changed the trajectory of entire industries. As the upheaval continues, the fallout has affected how accounting firms carry out financial statement audits, as well as how companies manage taxes, asset valuation, loan loss reserves, and more.

Dan Wangerin, associate professor of accounting and information systems at the Wisconsin School of Business, shares his insights on what he’s observing with tax practices, financial reporting, and how firms are responding to the coronavirus pandemic.

Here are five things to know:

Asset write-downs and impairments are a big focus. “Impairments really put pressure on companies’ balance sheets. They occur in an environment in which the company is distressed, assets are being written down, and at a time when companies really need capital to sustain their operations,” Wangerin says. “Loans that companies can obtain in the CARES Act may not be sufficient. Banks are going to be particularly sensitive to issuing loans. Investors will be particularly leery of making additional equity capital investments and companies.”

“Companies will need to continue to make these asset impairment assessments throughout the year, so this will be an ongoing issue facing many firms. The U.S. Securities and Exchange Commission recently put out guidance on this, and accounting firms that are performing financial statement audits are really tuned in to asset impairments. So we’ll continue to see those rolling in.”

Different sectors of the economy are affected in different ways. Companies have been impacted differently by the pandemic, Wangerin says, citing a recent article he read on United Airline’s $50 million write-down of assets related to its international routes between the U.S. and China. “$50 million is not necessarily the most significant loss to a company the size of United Airlines, but it’s certainly an issue that auditors and regulators are tuned in to. The bigger issue affecting United is not just the value of that particular asset, it’s analyzing all of the routes that United has and how the effects of the pandemic affect the value of those assets.” And that’s a difficult thing to project, he says. “So much of the valuation relies on assumptions about not only steady-state passenger traffic, but also growth, and airfares, and so on.”

Wangerin says based on the data he looked at, most of the impacts of the asset write-downs were in hard-hit industries such as oil and gas. “The biggest one I saw was Baker Hughes—they do things like servicing drills, pipelines, deep sea drilling platforms—and they booked impairment charges of nearly $15 billion, which is more than their first quarter revenues overall. They had been through a series of large acquisitions, so most of their write-down actually came from goodwill. Their projected synergies from their acquisitions have vanished as a result.”

For other industries like auto manufacturing, it’s too early to tell. “Things didn’t really start to slow down significantly until March. The second and third quarters are probably where we are going to see even more significant hits in those sectors that are not potentially buoyed by demand for their products and services related to the pandemic.”

We’re seeing more tax credit carryforwards but more uncertainty. In the U.S., like many countries around the world, taxes are based on income. When companies lose money, Wangerin says, they’re able to deduct those historical losses against future earnings. A company losing a $100 million over a period of several years, for example, can deduct that same amount against future taxable income should the company regain its financial footing.

“With COVID-19, it’s very similar to the impairment issue in that companies need to make an assessment of their expected future taxable income, and if they don’t expect to have sufficient taxable income to offset against those tax credit carryforwards for operating losses, those are written off as well.” In Q1 alone, Wangerin, says, “Ford Motor Company booked a reserve of more than $850 million for operating loss carryforwards that, given the current conditions and their future projections, they don’t expect to be able to utilize against their future taxable income.”

Uncertainty makes asset valuation an even trickier task. Asset valuation has traditionally been a difficult area for auditors to evaluate—and the current no-end-in-sight uncertainty of the pandemic isn’t improving that. This spring, Wangerin brought in several inspectors from the Public Company Accounting Oversight Board (PCAOB), the agency that regulates auditors, for a virtual presentation to students to talk specifically about asset valuation and asset impairments.

“Asset impairments, specifically those relating to areas like goodwill, are very subjective and they are difficult to audit. In PCAOB inspections, this has long been one of the number one issues where they identify audit deficiencies,” Wangerin says. “It’s partly because much of this is an exercise in looking into the crystal ball: the valuations are supported by projections about the future and it’s really difficult to audit a projection where there’s not directly verifiable evidence. It’s only further complicated by the environment that companies find themselves in.”

For firms in dire straits, it can be an easier call, Wangerin says. “In cases where there’s absolutely no support for the valuation of some of the assets these companies have, that’s fairly objective evidence that their assets are worthless and need to be written down. Companies that are really facing uncertainty. There are significant doubts about how the business will perform but they’re still staying afloat. I think that’s where the judgement calls are the most difficult.”

The economic downturn is impacting loan loss reserves. Along with rising unemployment, loan loss reserves—the cushion that banks or companies use as a safeguard against defaulted loans—are also going up, says Wangerin. Firms holding loan portfolios have collateral, “but you’re certainly seeing a lot of upward pressure on the loan loss reserves. Similar to asset impairments, there’s more uncertainty about those loans being collected.” One important difference: while loan loss reserves can be corrected if initially overestimated, impairments cannot. “Generally, once an asset is impaired, it can never be written back up. That’s just a function of the accounting rules.”

Dan Wangerin is an associate professor in the Department of Accounting and Information Systems at the Wisconsin School of Business.

accounting business finance
« Back to blog
Back to Top