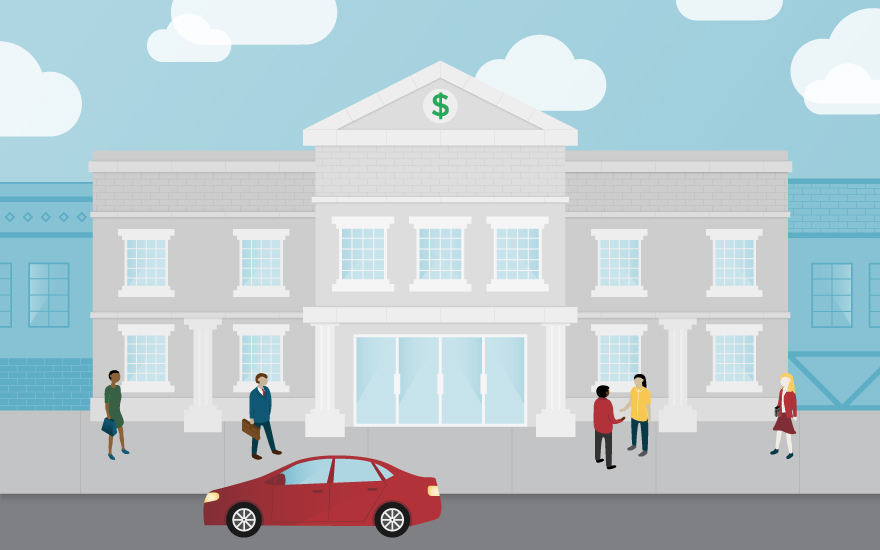 Buying a home is likely the most important personal finance decision a consumer can make. In the U.S., the mortgage market is heavily dominated by the government. Government policies and interventions, such as low-cost wholesale funding implemented by the Federal Home Loan Bank (FHLB), are designed to improve the odds of home ownership—to achieve the American dream. Access to wholesale funding ideally makes it easier for bank lenders in need of liquidity to borrow from FHLB, thereby passing that cost reduction on to prospective homeowners.

The interesting thing is, from a research perspective, no one is paying attention to FHLB and the costs or benefits of this type of intervention. (Perhaps it’s because they didn’t cause a lot of trouble like Fannie Mae and Freddie Mac did in the recent financial crisis). As someone who studies real estate, mortgage finance, and macroeconomics, I was curious about exploring what I saw as a missing link in the research. It’s also a good connection between micro level decision-making—how a household reacts to economic conditions—and macro level decision-making, the economics side of what is the interest rate, how does government intend to improve ownership, and other similar considerations.

Using a structural model of the U.S. mortgage market to run an analysis of what happens when banks have access to government-sponsored wholesale funding, my findings had two main dimensions: 1) annual mortgage lending in the U.S. significantly increased, ultimately saving borrowers money in interest payments, and 2) the mortgage market landscape shifted, with smaller banks closer to competing on equal footing with the bigger banks.

Let’s talk about each of them briefly:

The findings suggest that mortgage borrowers can save money—to the tune of roughly $17 billion in interest payments each year. The FHLB boosts annual mortgage lending in the U.S. by $130 billon, passing those cost savings on to borrowers. Another benefit for borrowers: with greater liquidity, banks are able to fund more qualified borrowers, effectively reducing the rejection rate.

In addition to the savings passed on to the mortgage borrower, a second key finding is that access to low-cost wholesale FHLB funding changes the market structure. Small banks are no longer discriminated against by having to compete with larger ones. This levels the playing field, making small banks stronger and increasing both the level of market competition and the pass-through of the cost reduction to borrowers. The smaller banks enjoy a larger share of the market and a lower cost of operation.

Along these same lines, I think the study also makes some contributions in how we think about relationship banking and the role of small banks. Believe it or not, America has more small banks than any other country due to historical reasons; banking was strongly regulated and interstate bank branching was not allowed until quite late in the 20th century. We need small banks because they have a relationship with their local customers and lenders. They understand the needs on the ground more than major banks like JPMorgan Chase and Bank of America.

I also found a unique benefit that runs counter to the traditional argument: small banks are actually more responsive to local economic shocks, not less, even when it comes to mortgage lending. There exists some degree of pricing heterogeneity between the big banks and the small banks. For example, Bank of America charges its interest rates almost uniformly across different markets. That means that regardless of whether you’re living in rural Wisconsin or downtown San Francisco—two vastly different housing markets—often you’re getting charged the same rate. Small banks, on the other hand, are likely to be more attuned to each locale’s economic situation. They can make mortgage pricing more efficient, because the price more accurately reflects a customer’s local economic conditions instead of what’s happening on the other side of the country.

Even prior to the COVID-19 crisis, there has been much discussion on the privatization of government sponsored enterprises—we’re basically talking about Fannie Mae and Freddie Mac—and how to reform the mortgage finance industry. I recall reading the Housing Reform Plan proposed by the Department of Treasury in 2019, which would guide the future development of the U.S. housing market. In the 45-page document, roughly 40 pages addressed reforming Fannie May and Freddie Mac, while only half a page was dedicated to FHLB reform. So, there’s clearly more to explore in that area.

Another area for further study is taking a closer look at the role of FHLB and nonbanks, which are entities that operate much like a bank but do not perform deposits or have a banking license. (Quicken Loans is probably the most well-known example of a nonbank lender.) Nonbanks issue more than 50% of U.S. mortgages. Currently, the FHLB is open to member institutions only, no nonbanks. Should the FHLB open up membership to nonbanks? That’s uncharted territory. It would be a big shock to the mortgage financing industry. I can only speak to banks since that was the focus of my study, but the study model is set up to analyze both.

It’s an interesting question and one where very little analysis exists at present. If reform is desired, we would need to pay more attention to what happens if we release FHLB funding to nonbanks. How does it affect the current banks, the overarching marketing structure, and competition? Whether or not there are consequences and what exactly those consequences would be remains to be seen, so much more analysis on the issue is needed.

Dayin Zhang is an assistant professor in the Department of Real Estate and Urban Land Economics at the Wisconsin School of Business.

faculty insights James A. Graaskamp Center for Real Estate real estate Real Estate and Urban Land Economics
« Back to blog
Back to Top